Paul was born in Northwich, Cheshire, in March 1948. He attended Sir John Deane`s Grammar School (now College) and from there studied English at Edinburgh University, graduating in 1970. He stayed living in Edinburgh and in 1977 was awarded a Ph D for his work on D.H.Lawrence`s poems, novels and travel essays.

His first poems were published in Lines Review, Edinburgh, in 1969, the year he received a major Gregory Award from the Society of Authors. His first collection of poems, North Carriageway, was published by Carcanet Press in 1976. Paul taught in secondary schools in Edinburgh and Birmingham, and in 1976 he was appointed Arts Council Fellow in Creative Writing at Manchester University, and from 1977-80 held two further Writing Fellowships, one at Christs Hospital School, Sussex, (Southern Arts) and as Gregory Fellow in Poetry at Leeds University (1978 -80).

Paul has a son and a daughter from his marriage to Ruth Evans, whom he met while at Manchester. He and his family lived in California on a one-year Fulbright teaching exchange at Cabrillo College in Aptos near Santa Cruz (1986-87). From that point on, travelling figured distinctively in his poetry – across the Western United States, in the Amazon forest region of Peru, and recently in South West China.  Dinosaur Point (winner of the Poetry Business Book and Pamphlet Competition, 1999) records his experience of living in America, then as a single parent in the years that followed.

He taught Literature and Creative Writing at York St John University, and from 2012-15, after taking early retirement, was the Royal Literary Fund Writing Fellow at the University of York, returning there for another year, 2017-18. Since then he has also worked for the RLF as a Consultant Fellow. For some years he was a member of Yore Valley Artists, with paintings exhibited at the Zilla Bell Gallery in Thirsk, Tennants, Leyburn, the Station Gallery, Richmond, and elsewhere in North Yorkshire. He lives in Ripon. 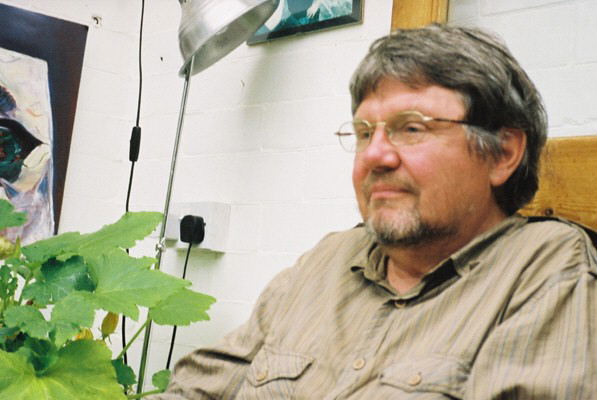