Paul Mills is a writer and artist living in North Yorkshire.   Books and pamphlets of poetry are published by Carcanet Press, Smith Doorsop Books and Wayleave Press.  His books on creative writing include Writing in Action , and The Routledge Creative Writing Coursebook. Two of his plays have been performed at the National Theatre and West Yorkshire Playhouse.  His literary archive is now in the Brotherton Library, Leeds University.   A new collection, including poems exploring human evolution, is forthcoming from Smokestack Books  in April-May 2021 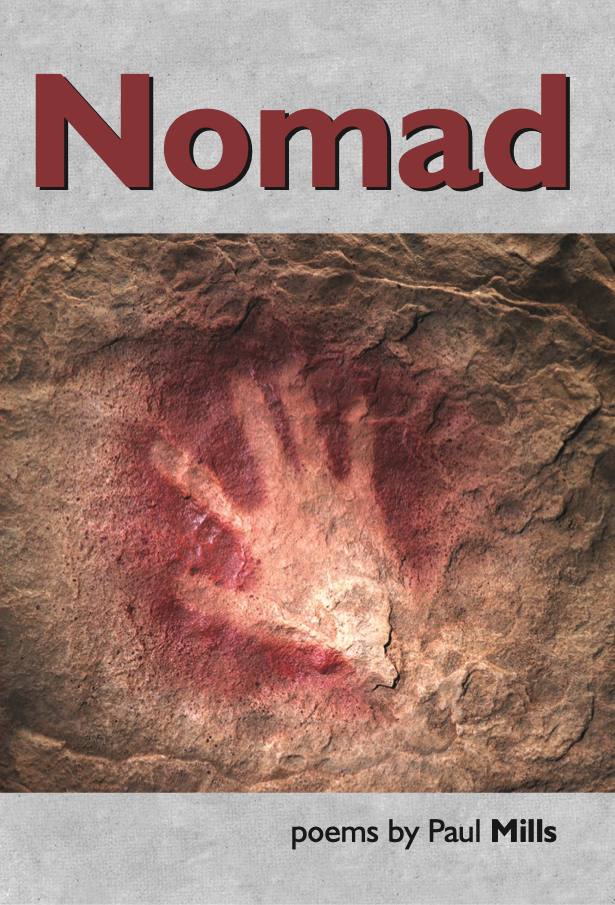 Buy the book
Available on Amazon

Nomad is a book about Time - geological, mythic, historical and familial. Following the long journey from a pre-human world to the Gates of Grief, Paul Mills' new collection tells a story of antler-bone spears, virgin forests, stone-tools, hand-prints on rocks, ancestors and grandchildren. It's about people together, the importance of art and story-making, of compassion and empathy. Above all, Nomad is a book about learning to use technology to survive the natural world without destroying it.

'An evocative exploration of where we came from and what it means to be human, bringing to life our unique experiences of loss, suffering, compassion and beauty along the way.'

'An extraordinary imaginative achievement, a collection of epic scope and lyric grace. Urgent and unflinching, these are poems I wish I could have written and know I'll go on re-reading.'

generations after him will reach ice
will they survive the ferocities of the tundra?
he is one of the first sons of the mother who is our mother
he will never be rich   never be poor

how far will his thoughts carry him?
in his domed skull are all the tools he`ll need
to survive in paradise and demolish it
come no further   I ought to say    go back!

he faces me   between pathways of water
will he begin to melt when the frost melts?
he is disfiguring now in the heat of the kitchen

what are they doing in his century?    Europe    America
slipping past him into some closed ravine
a thicket of gestures    painted grimaces
men   if they were men   asleep on wet leaves
here on this final land mass to be peopled
their future appears to him like their past    abject
a long steep-sided sound    from end to end swallowed by cloud
no improvement    no point in thought except to chip at limpets